Nanovaccine aids those with metabolic syndrome 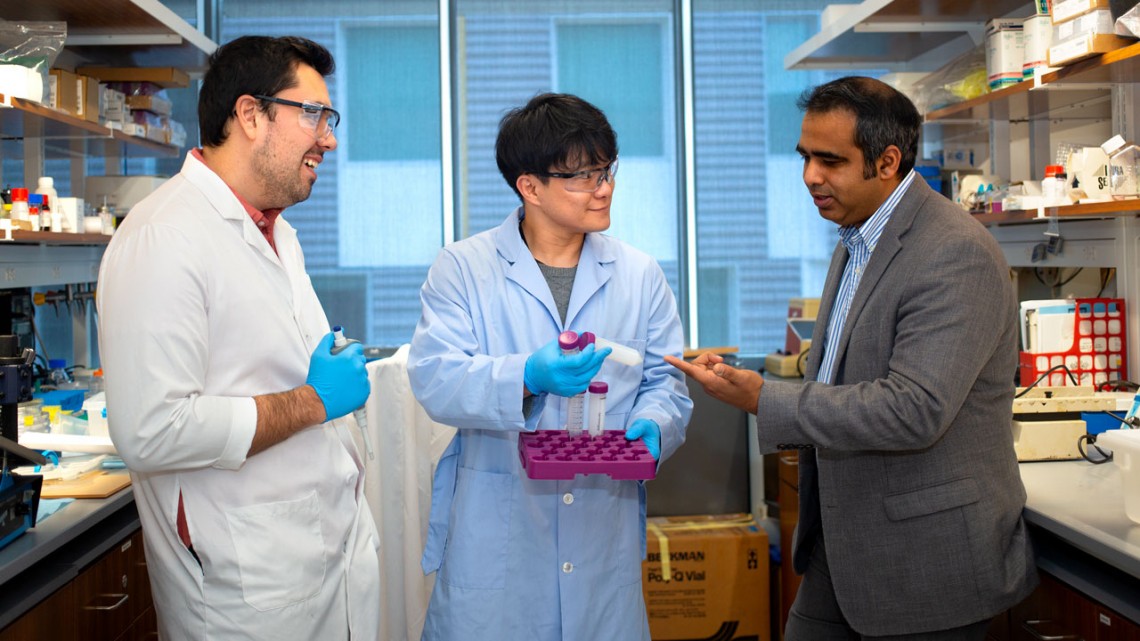 EIPM Member Ankur Singh, assistant professor in the Sibley School of Mechanical and Aerospace Engineering (MAE) and the Meinig School of Biomedical Engineering (BME), and Matthew Mosquera, an EIPM visiting team member and doctoral student in engineering, along with partners from Cornell University in Ithaca published a very interesting paper on how their nanovaccing aids people with metabolic syndrome. The following article is from Cornell Chronicle.

A new class of biomaterial developed by Cornell researchers for an infectious disease nanovaccine effectively boosted immunity in mice with metabolic disorders linked to gut bacteria – a population that shows resistance to traditional flu and polio vaccines.

The study is the first to explore the interrelationship among nanomaterials, immune responses and the microbiome, an increasingly important area of research. The microbiome – the collection of microorganisms living in the body – is believed to play a critical role in human health. 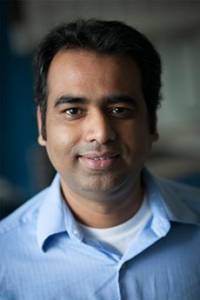 “This paper highlights how the microbiome can impact our engineered vaccines and how we can overcome these problems by developing advanced materials,” said Ankur Singh (left), assistant professor in the Sibley School of Mechanical and Aerospace Engineering (MAE) and the Meinig School of Biomedical Engineering (BME).

“This work opens up a new, very exciting area of investigation into how biological factors and underlying disease conditions impact the performance of established nanovaccines,” said Singh, who is also a member of the Englander Institute for Precision Medicine at Weill Cornell Medicine and the newly formed Cornell Center for Immunology. “More importantly, it shows how you can use these engineered materials and make them more workable across a wider population to overcome immunity to vaccines.”

More than a third of Americans and a quarter of people worldwide are believed to suffer from metabolic syndrome, an umbrella for several disorders including obesity, inflammation and insulin resistance.

“Understanding how the microbiome affects future engineered vaccines is of utmost importance from a public health perspective,” said Ilana Brito, assistant professor of biomedical engineering and a co-author of the paper. “This research will open up new avenues for exploring how specific components of the microbiome alter immune responses. When engineering new vaccines, it’ll be important to design materials that are effective across a diversity of microbiome compositions.”

Previous research showed that traditional human flu and polio vaccines fail in mice that have metabolic disorders caused by disruptions to their gut biomes. “That motivated us to look into what happens with nanovaccines, which can be better than soluble vaccines, to better understand the role of underlying obesity and inflammation that develops in gut alterations,” Singh said.

Nanovaccines, which are generally composed of nanomaterials, can be taken up by cells in the immune system and have been found to induce stronger immunity than traditional soluble vaccines in pre-clinical models.

But researchers found that the most widely used type of nanovaccine, made of poly(lactic-co-glycolic acid) (PLGA), is not very effective in mice with gut-initiated metabolic syndrome. When researchers tested PLGA nanovaccines on the mice, it was less successful than they had expected, even with the addition of a widely used immune booster.

“We asked, are there ways to overcome this restricted response by engineering new nanomaterial vaccines?” Singh said. “Then we looked deeper into a new class of material that modulates the immune system, pyridine functionalized poly(2-hydroxyethyl methacrylate), the potential of which we recently discovered.”

The new material formed a stable nanogel with protein antigens, which was found to be effective under gut-initiated metabolic syndrome conditions. Working with Cynthia Leifer, associate professor of immunology in the College of Veterinary Medicine, the group discovered that this new material stimulates a receptor that recognizes pathogenic danger signs on microbes.

“This study is important because it shows that these nanogels can supply both antigen and adjuvant without the need for an extra immune booster, which likely contributes to their stronger immune activation and ability to overcome limitations imposed by diseases or altered microbiomes,” Leifer said. “Immunomodulatory therapies are a hot topic, and materials-based immunomodulation approaches are in their infancy. There is so much that can be done with them.”

“Nanomaterials can modulate the composition of the gut microbiome – I think that’s of tremendous importance to the entire field and could have implications in material design,” he said. “Whether it’s a causative effect or the reason behind this is not very well understood – there are several hypotheses that remain to be tested, so this will be future work for us.”