NEW YORK – When a patient turned up at the Weill Cornell Medical Center a few years ago with a typically benign kidney tumor type, it did not initially set off alarm bells. The tumor didn’t seem all that threatening, and the patient was an adult, albeit somewhat younger than individuals who usually come in with that kind of tumor. 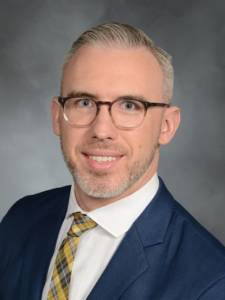 It wasn’t until that patient returned roughly six months later with a metastatic form of the disease that clinicians realized they were dealing with something well beyond the norm, explained Brian Robinson (left), an anatomic pathologist, genitourinary pathology specialist, and chief of surgical pathology at Weill Cornell’s pathology and laboratory medicine department.

In almost a decade working as a pathologist in the New York City area, it was the first and only time Robinson recalls seeing that kind of tumor become cancerous.

It is unusual cases like these — and the knowledge that there are, collectively, many more individuals facing very rare, difficult-to-treat cancers — that have prompted the Cornell pathologist to participate in the upcoming Very Rare Cancer registry and research initiative.

Looking back, Robinson noted, that patient “would have been a perfect candidate for this initiative.”

The collaboration, spearheaded by the New York Genome Center, is planning retrospective and prospective genomic analyses on very rare cancers treated at NYGC affiliate institutions in the past and in the future — including normally benign tumors that take a turn toward the aggressive.

“We’d like to be able to generate a very deep genomic and proteomic portrait of these tumors so that we can really understand the biology in detail,” said Olivier Elemento, a New York Genome Center member and director of the Weill Cornell Englander Institute for Precision Medicine.

“After understanding better the mutational profiles of these tumors,” he explained, “maybe we can treat them in a way that is a bit more informed by the mechanisms that are acting within the tumors.” 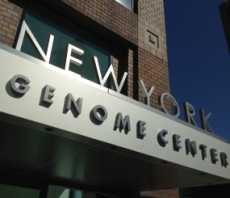 The effort grew out of the NYGC’s monthly meeting series, where investigators discuss genomics-centered projects that may benefit the New York community. Several months back, the group started considering what NYGC and its partners might be able to accomplish for individuals and families affected by very rare tumor types — those not-quite-one-in-a-million cases found at frequencies below 0.1 per 100,000 individuals.

“The goal has been to think about projects that could happen at the [New York] Genome Center that would be hard for individual institutions to have on their own,” Elemento explained. “This idea of a Very Rare Cancer consortium really, I think, fits that definition nicely.”

The investigators are planning both retrospective and prospective analyses, in the hopes of getting a better biological handle on the tumors involved, while potentially producing insights that can be mulled over by molecular tumor boards made up of experts at or across the centers where patients with very rare cancers are being treated.

Similar molecular tumor boards are already being used to bring together oncologists, pathologists, surgeons, and other experts at a given center, such as Cornell, to discuss treatment strategies informed by tumor sequencing.

At the moment, Elemento explained, such patients are apt to receive targeted panel testing focused on known, potentially targetable mutations identified in more common cancer types rather than clinical genome sequencing. And when it comes to the rarest cancers, opportunities for any kind of sequencing might come up only infrequently.

Likewise, some benign conditions do become malignant, as Robinson saw in the mysterious kidney cancer case. But because this transition happens only very rarely, the cancerous version of the disease is usually not well-characterized, leaving clinicians with no clear treatments to offer.

The Very Rare Cancer consortium hopes to begin addressing that knowledge gap by doing retrospective analyses on 40 to 50 very rare cancer types. The team has put a lot of thought into the criteria for selecting very rare and understudied cancers, ruling out cancer types that are rare, but well-studied for one reason or another. 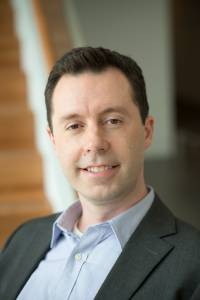 “In a sense, you can make the case that many cancers are pretty rare,” Elemento (left) said. “We’ve narrowed down to a list of very rare cancers that have not been studied very much.”

The set will include subtypes of benign tumors or of more common cancers that have highly unusual clinical presentation, progression, or treatment response profiles in a very small subset of patients, as well as pediatric or young adult forms of certain cancers normally found in older adults.

While the goal is to characterize 10 to 20 tumors for each very rare cancer considered, so that it’s possible to start digging into driver mutations and other shared features, the specific number of cases and tumor types will ultimately depend somewhat on how these cases are currently represented at participating centers.

After going through pathology labs staffed by folks such as Robinson, who will look at the quality, cellularity, and viability of testing the available tumor samples, the researchers expect to do whole-genome sequencing at the NYGC CLIA lab on matched tumor and germline samples, when available, along with proteomics and RNA sequencing to gauge gene expression, see specific pathway activation patterns, find gene fusion events, and estimate immune cell activity.

The NYGC will also serve as a centralized collection, analyses, and interpretation center for the project, though consortium members at Cornell are also interested in generating Fluidigm’s Hyperion imaging system and cytometry by time of flight (CyTOF) profiles for the samples.

Elemento noted that that approach makes it possible to do “imaging of tissue sections at the single-cell level to identify different types of cell subpopulations — immune cells, non-immune cells, tumor cells — to understand not only the abundance of different cell populations, but also the spatial relationships.”

“The idea is that the retrospective analysis at the beginning will allow us to have some kind of baseline understanding of these different tumors,” Robinson said. “As the prospective [arm of the study] goes forward, we can use that to compare them to, as well as to continue to increase numbers.”

When it comes time to do that prospective enrollment, investigators also look forward to being able to offer clinical sequencing and other expertise to individuals with very rare cancers.

Though the team anticipates that many patients will not have actionable mutations, the idea is to direct those who do to appropriate clinical trials that are already underway and, in the longer term, to potentially help in designing clinical trials to address the unmet needs of the very rare cancer patient population.

“As we start to get five or 10 of each tumor type and start to see some maybe recurrent alterations, we can think about that in a more scientific way,” said Robinson. “[We can] approach certain drug companies that have potential targeted drugs to ask if they want to collaborate and do a trial in these patients.”

Beyond those clinical management considerations, though, he noted that the Very Rare Cancer initiative may help patients and family members connect and find a community with others who are grappling with the same disease — something that is difficult to do when faced with an exceptional disease.

Several aspects of the initiative are still up in the air, though, including the finances. “It’s not something that has specific funding yet,” Elemento explained, “although now we’ve had many discussions with many people throughout New York — and those discussions have largely happened at the [New York] Genome Center.”

Elemento, Robinson, and colleagues from the NYGC, Weill Cornell, and Memorial Sloan Kettering Cancer Center will likely be joined by speakers from the National Cancer Institute, as well as from rare disease foundations and advocacy groups, as they continue working through those and other details at a workshop being held at the NYGC in late July.

Over the longer term, the researchers hope that the results coming out of very rare cancer cases in New York might serve as a proof-of-concept for broader initiatives, perhaps even sparking broader national or international interests. Perhaps, too, the results will give oncologists and pathologists like Robinson ways to predict when and how a seemingly benign disease may become far more dangerous.