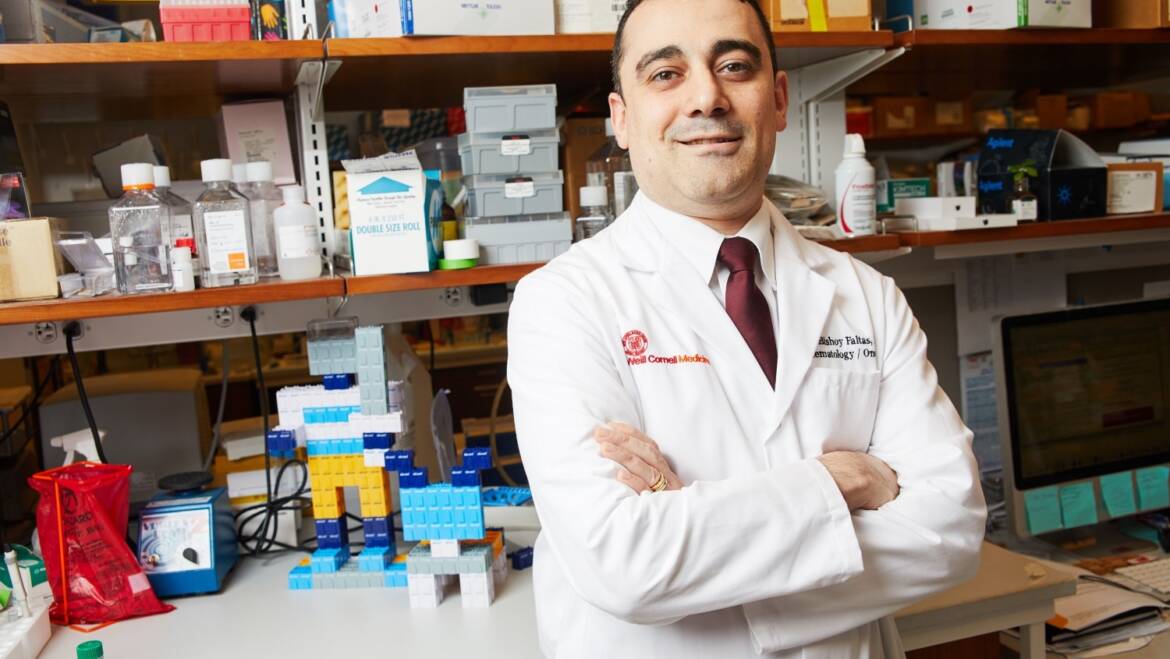 Each year, 80,000 people in the United States are newly diagnosed with bladder cancer, and more than 17,000 lose their lives due to the disease. It ranks as the fourth most common type of cancer in men—but for decades, there was a paucity of research and little understanding of its unique biology, leaving clinicians with limited treatment options. 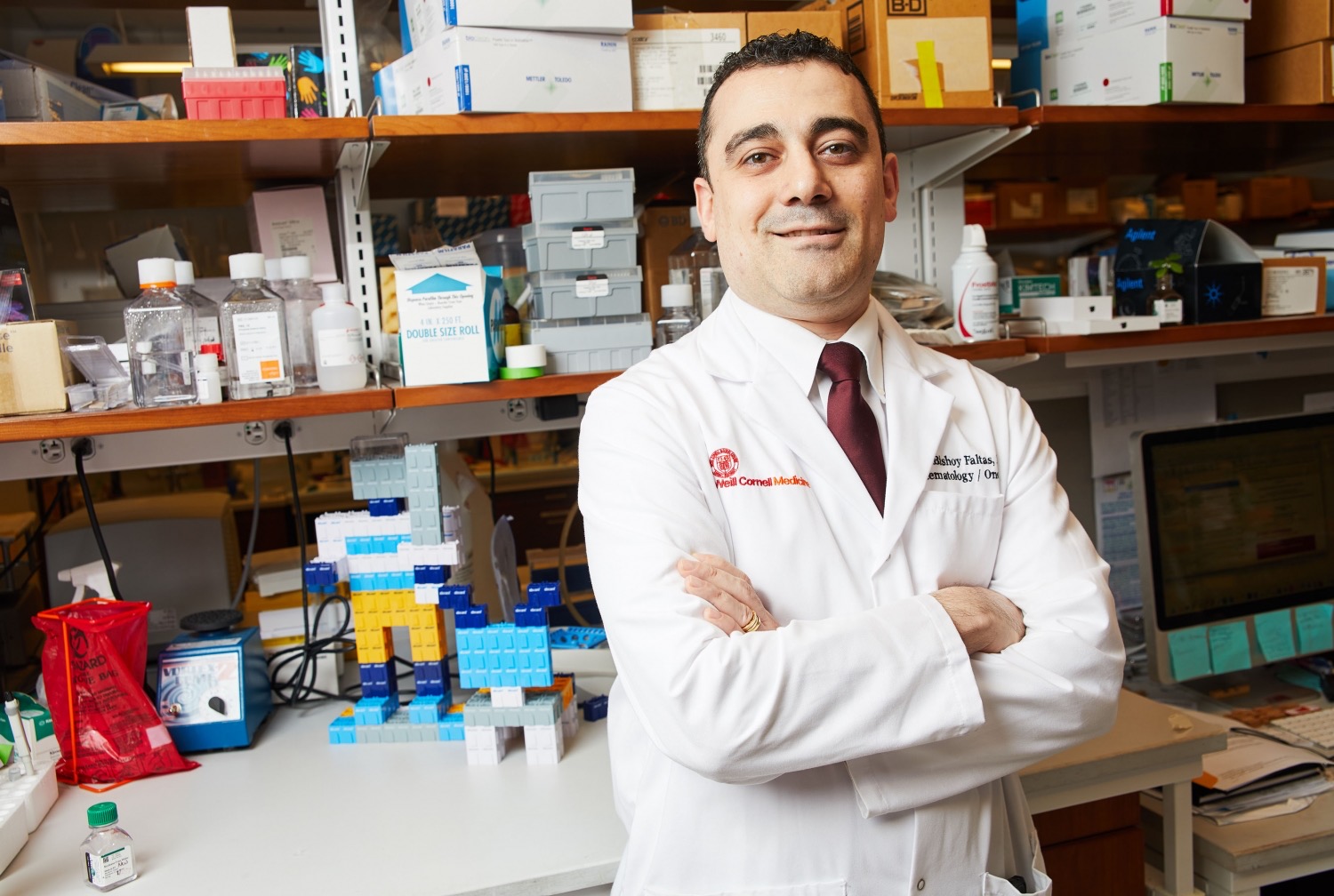 Dr. Bishoy Faltas (right) is changing that. An assistant professor of medicine and of cell and developmental biology and the Gellert Family–John P. Leonard, MD, Research Scholar at Weill Cornell Medicine, Dr. Faltas devoted his career to oncology after losing his father to throat cancer. After encountering patients with bladder cancer during his Weill Cornell Medicine oncology fellowship, he was inspired to focus his efforts on studying and treating the disease. “I started reading about what treatments were available—and other than chemotherapy, we didn’t have any,” recalls Dr. Faltas, also an attending oncologist at NewYork-Presbyterian/Weill Cornell Medical Center. “I was shocked. At that time, there had been no major therapeutic advances beyond chemotherapy for the past 30 years.”

Now director of bladder cancer research at Weill Cornell Medicine’s Englander Institute for Precision Medicine and head of a research lab, Dr. Faltas studies the disease to uncover its fundamental biological underpinnings—and ultimately develop more effective treatments. As he explains, he previously discovered that bladder cancer constantly mutates during chemotherapy, making it more challenging to treat. “What we’re trying to understand now is, what mechanism drives these cancer cells to evolve to resist treatment?” he says. “If we understand this, we can stop cancer from mutating. That would potentially make all our treatments a lot more effective.” 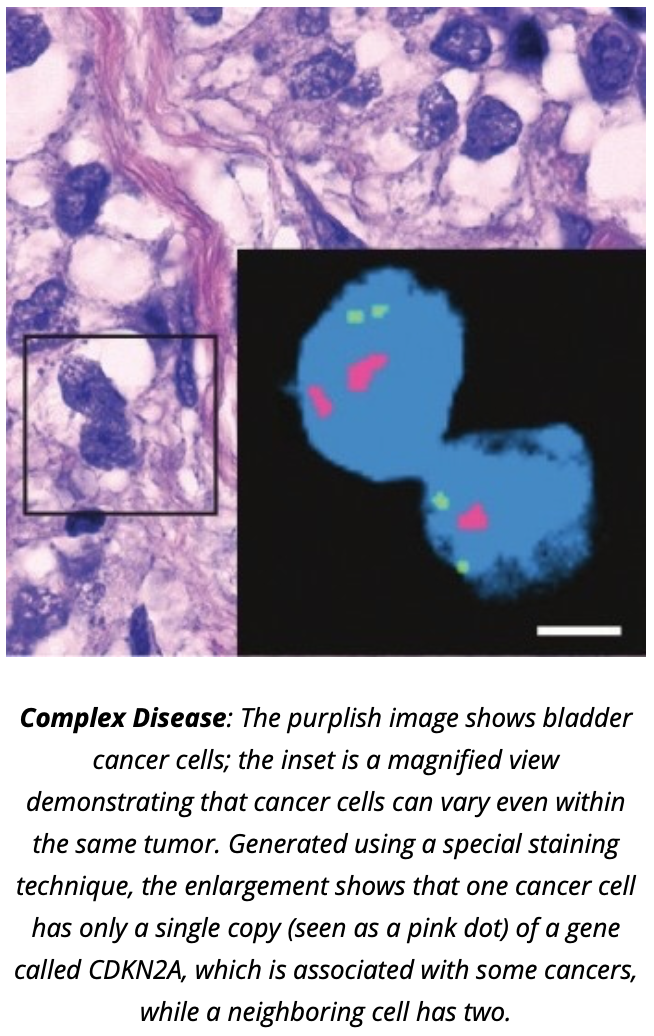 In one study, Dr. Faltas and his team analyzed one patient’s tumor and discovered strikingly high levels of expression of HER2, a protein implicated in several types of cancer, particularly that of the breast. While nearly a third of bladder cancer patients have an amplified HER2 gene, clinical trials hadn’t previously shown anti-HER2 drugs to be effective in treating it. However, Dr. Faltas and his colleagues had found that this patient’s cancer had become “addicted” to extreme levels of HER2 protein—so they hypothesized that they could leverage this dependency to combat it. In addition to the standard chemotherapy, they treated her with trastuzumab, an anti-HER2 drug that has been used in breast cancer, and the combination proved highly successful. The woman has been in full remission for four years—a rare result for patients with metastatic bladder cancer.

Dr. Faltas and his team made another important discovery in a study that was published in Nature Communications in July 2019. In that work, they explored the biological characteristics of upper urinary tract cancers, which affect the upper portion of the urothelium, the tissue that lines the bladder and extends into the kidneys. They found that a gene called FGFR3 is exceptionally active in these cases— and that when they treated these cancer cells with a new FGFR3- inhibiting drug, they could trigger the immune system to marshal a defense. The FDA approved the inhibitor drug in April, and Dr. Faltas and his colleagues are now using it to treat bladder cancer patients in clinical trials.

A physician-scientist who constantly moves from bench to bedside and back again, Dr. Faltas focuses his practice on patients with bladder and upper tract urothelial cancers. His clinical work, he says, helps him stay motivated during long hours in the lab. “I find that working with patients is grounding,” he says. “It puts everything I do, including the lab research, in perspective. When we dig deep to understand a basic mechanism or basic biology, it’s always with the patient in mind.”

Those patients include 69-year-old Thia Breen, a retired president of a cosmetics company who was diagnosed with upper urinary tract cancer. The disease ultimately required the removal of both kidneys, leaving her reliant on dialysis to stay alive. After years of exercise and healthy eating—and absent any risk factors, such as smoking—the cancer diagnosis had come as a shock; she hadn’t experienced any symptoms, and the malignancy was first suspected through a urine sample for her annual physical with her primary care physician. Breen, who lives in Manhattan with her wife, underwent several months of chemotherapy guided by Dr. Faltas, and her cancer is now in remission. Earlier this year, she received a kidney transplant—with her sister, who happened to be an ideal match, as the donor. During the long months of dialysis treatments, she’d been impatient for the green light from Dr. Faltas to get the transplant, but trusted his recommendation to wait until she’d been cancer-free for at least two years to maximize her odds of being cured. “The fact that he does this research is a relief to me because it means he’s on top of the latest,” she says. “I’m getting the most current advice with him, and that’s very comforting.”