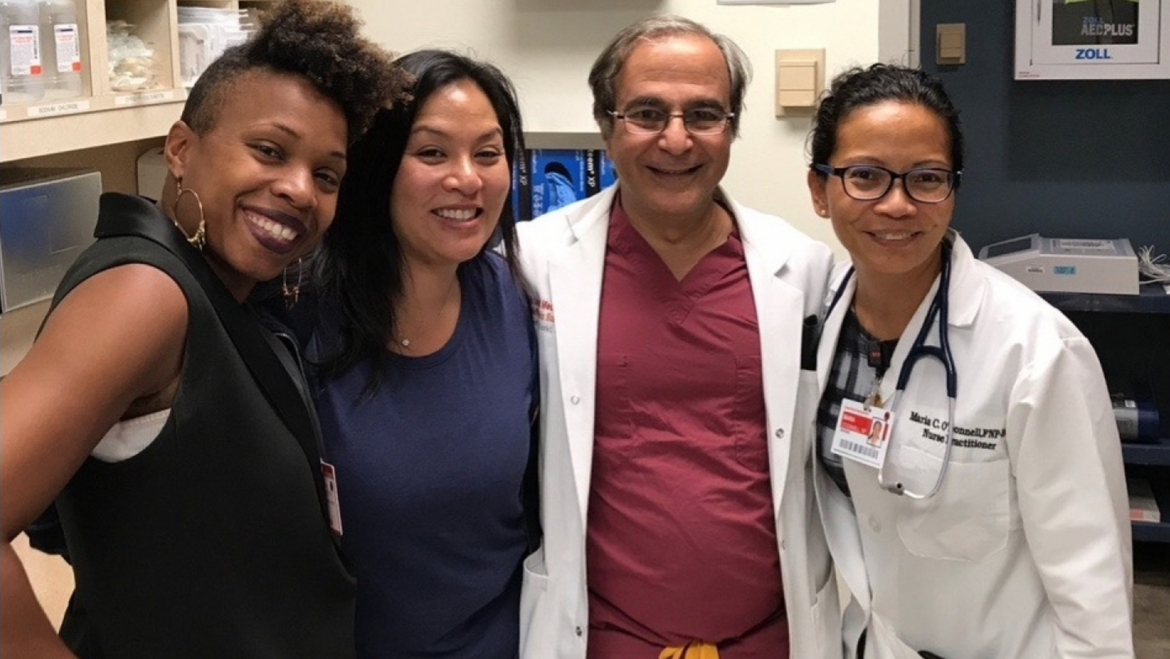 Life at 40 years old was good for Amara MacPhee. She’d lost about 40 pounds, was eating well, enjoyed spending time outside, and, even with a busy professional life, was able to carve out time for a few dance HIIT (high intensity interval training) classes a week.

“I had a very active lifestyle between work, seeing friends, and family,” Amara says. “At the time [2016], I was in the best shape of my life.”

Then Amara noticed that she was struggling during a fitness class.

“I had trouble breathing and keeping up, which was unusual for me,” she says. “My breathing was labored. I was wheezing and had a dry, hacking, uncontrollable cough. Coughing spells seemed to last forever.”

Check Up with Primary Care

Wanting to be well for an upcoming, out-of-town wedding, Amara went to her primary care physician, Meredith F. Lash-Dardia, MD, as soon as possible.

“Dr. Lash heard the wheezing, checked my breathing, and suggested I get an x-ray,” Amara recalls. “’This will be quick,’ I thought. ‘I will have the x-ray, go back to see Dr. Lash, and maybe receive a breathing treatment and a prescription for an inhaler. Piece of cake.’”

When Amara returned to Dr. Lash’s office after the x-ray, Dr. Lash asked where Amara’s husband, Alex, was. Amara didn’t understand what was happening, as Dr. Lash showed Amara the x-ray on her phone, using a pencil to outline an abnormal mass.

“The CT scan showed a large mass the size of an orange, or small grapefruit, wedged between my lungs and ribs,” Amara describes. 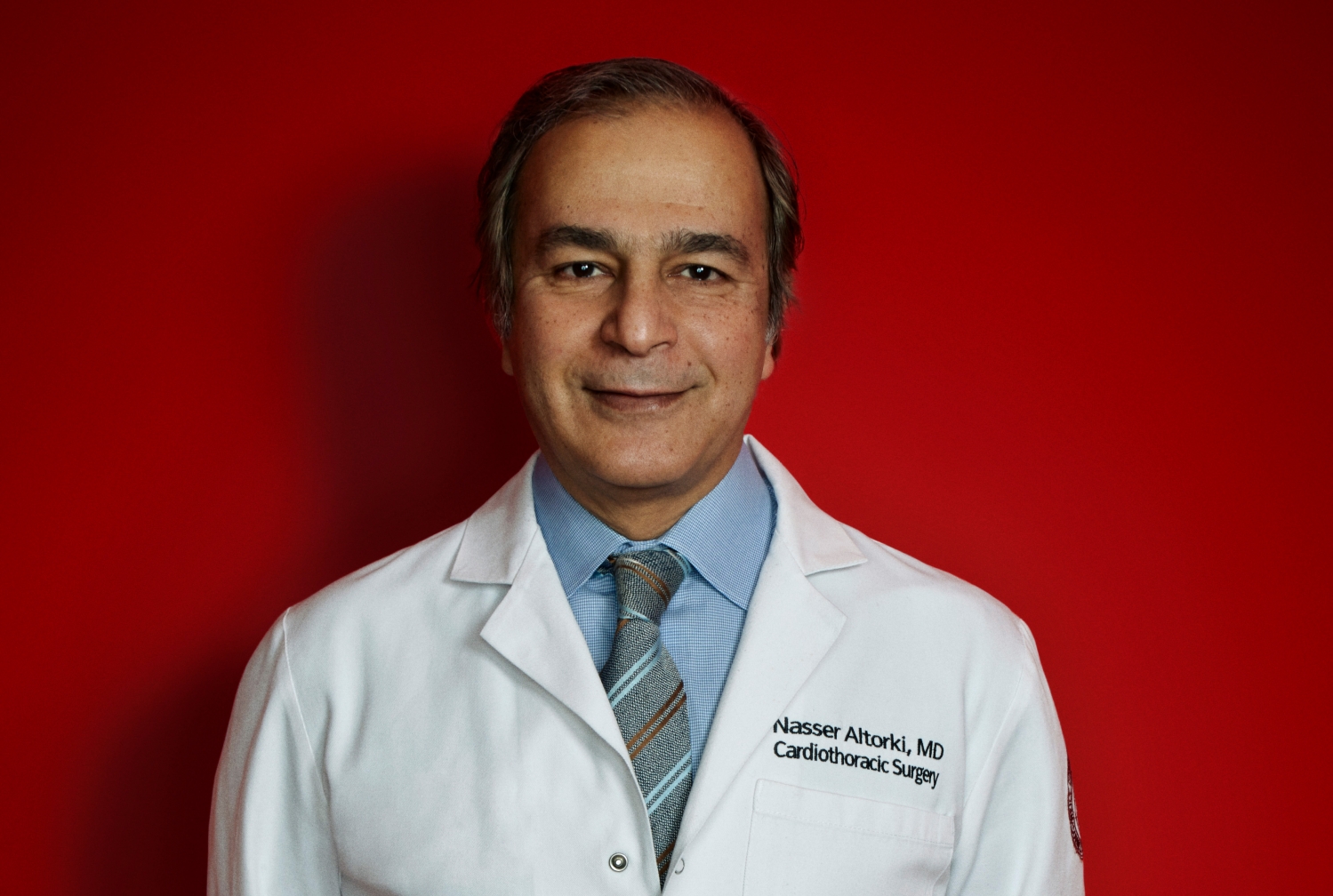 Dr. Lash scheduled an appointment for Amara to see Nasser Khaled Altorki, MD, Chief of the Division of Thoracic Surgery at New York Presbyterian-Weill Cornell Medical Center and professor of cardiothoracic surgery, and a Member of the Englander Institute for Precision Medicine.

Despite their anxiety about the appointment with Dr. Altorki, Amara and her husband felt reassured by the kindness and warmth they experienced at his office. He performed a thorough examination, then scheduled a biopsy to confirm the diagnosis.

“The staff was also caring and generous in their demeanor during the biopsy,” Amara remembers. “And then I went home and rested, and didn’t get the results until six days later.”

Thankfully, the mass—called a thymoma—was benign, but would need to be removed. Never having experienced more than stitches from dental work, Amara was overwhelmed by the idea of a surgery and a week in the hospital. But Dr. Altorki and his staff helped Amara and Alex understand the procedure.

“They repeated themselves multiple times when I didn’t understand a procedure or what was about to happen,” she says.

Road to Recovery After Surgery

Although Amara was disoriented and uncomfortable immediately after her surgery, her road to recovery had started with seven days in the hospital. Her post-operative discomfort began to incrementally improve. Amara started physical therapy, which included walks on her hospital floor that got a bit easier each day. She found herself relearning the basics.

“It was humbling to learn how to do the simplest of tasks on my own,” Amara says. “Get out of bed, get dressed, get to the bathroom to brush my teeth and freshen up. Walk again.”

When her first long, post-surgical week was over, Amara went home to rest, recover, and walk when she felt ready. Two weeks later, she went for an x-ray to track her progress and learned how successful her surgery had been.

“I was lucky,” she explains. “Dr. Altorki was able to get the entire tumor. It was benign, had not spread, and I didn’t need any radiation or chemotherapy.”

Her continued recovery included CT scans after another two weeks, at the three-month mark, and each year, along with follow-up appointments with Dr. Altorki. Four years out, Amara’s gratitude hasn’t waned.

“How do you say, ‘Thank you,’ to everyone involved,” she asks. “I couldn’t count the number of doctors, nurses, physician assistants, physical therapists, schedulers, radiologists, lab workers, and facilities team members I interacted with during that time. Everyone who helped me was kind, patient, and helpful.”

The above article first appeared on the Weill Cornell Medicine News website on January 28, 2021.