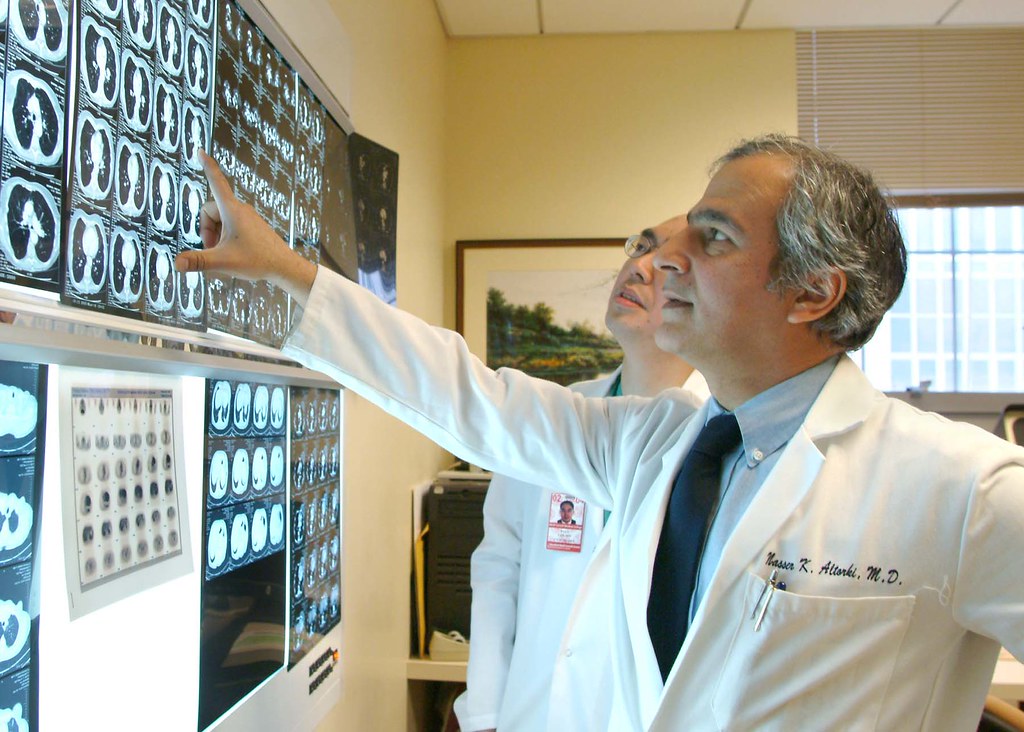 Combining immunotherapy with targeted radiation resulted in a greater response rate than immunotherapy alone in a phase 2 clinical trial in patients with early-stage, non-small-cell lung cancer led by Weill Cornell Medicine and NewYork-Presbyterian investigators. In view of the safety and efficacy of the treatment, a larger trial is warranted.

Immunotherapies, drugs that increase the immune system’s ability to detect and kill cancer cells, are becoming a mainstay of cancer treatments. Previous studies have shown that immunotherapy drugs like durvalumab have a major pathological response in about 20 to 25 percent of patients with early-stage lung cancer prior to surgery. Major pathological response is a clinical term meaning that the pre-operative therapy kills at least 90 percent of the tumor cells when measured in the surgical specimen.

Recent clinical trials have suggested that combining an immunotherapy with traditional chemotherapy may be even more effective than immune-targeting drugs alone, as a pre-surgery treatment. Now, results of a phase 2 clinical trial published May 17 in Lancet Oncology demonstrate that combining targeted radiation to a lung tumor with two doses of pre-operative durvalumab is very well tolerated, much more effective than durvalumab immunotherapy alone, less toxic than chemotherapy combinations, and enables faster path to surgical resection, with a delay of approximately five weeks from diagnosis.

“We think this is another approach that would deliver the same results as chemotherapy/ immunotherapy combinations, that avoids many of the adverse events associated with chemotherapy while cutting treatment time by at least 50 percent,” said lead author Dr. Nasser Altorki, chief of the Division of Thoracic Surgery at Weill Cornell Medicine and NewYork-Presbyterian/Weill Cornell Medical Center [and a Member of the Englander Institute for Precision Medicine].

To conduct the study, Dr. Altorki, a lung cancer specialist, teamed up with Dr. Silvia Formenti, chair of the Department of Radiation Oncology and the Sandra and Edward Meyer Professor of Cancer Research at Weill Cornell Medicine and radiation oncologist-in-chief at NewYork-Presbyterian/Weill Cornell Medical Center. Dr. Formenti has pioneered the use of focal radiotherapy to enhance the effectiveness of cancer immunotherapy. The study enrolled 60 patients with lung cancer who were candidates for surgery and randomly assigned them to receive either durvalumab alone or durvalumab plus a modest dose of targeted radiotherapy before surgery.

Patients in both groups received two 60-minute infusions of durvalumab three weeks apart and patients in the combination group received three doses of radiation targeted to the tumor on three sequential days, with the first durvalumab infusion given after the first dose of radiation. The patients underwent surgery two to six weeks after the second durvalumab infusion to remove the remaining tumor tissue and assess the effects of the therapy. The design of the study enabled to investigators to discern the contribution of focal radiotherapy to the pathological response.

“The combination therapy with radiation was much more powerful than immunotherapy alone,” said Dr. Formenti, who is also associate director of translational research at the Sandra and Edward Meyer Cancer Center. “In some patients assigned to receive durvalumab and radiation, the combination much more frequently enabled the immune system to eliminate tumor cells in non-irradiated, draining lymph nodes that were biopsied at diagnosis and demonstrated to be cancerous. So, the effect of the combination exceeded the targeted tumor tissue in the lung.”

A phase 3 trial is currently underway testing a similar combination therapy in Switzerland, said Dr. Formenti. If the results are confirmed, it may provide a new option for patients with lung cancer with co-morbidities, and in older patients who may be more vulnerable to toxic chemotherapy side effects, she said. When compared to pre-operative immunotherapy combined with chemotherapy, a regimen of focal radiation and immunotherapy offers patients a faster, safe and less arduous treatment path prior to surgery that cuts the time from the start of presurgical treatment to surgery from 12 to 16 weeks to about five.

“The bottom line is the patients want the cancer out as soon as possible,” said Dr. Altorki, who is also the leader of the Experimental Therapeutics Program at the Meyer Cancer Center. “That’s a strong motivator for a patient to get on a therapy like this.”

The above article originally appeared on the Weill Cornell Medicine Newsroom website on June 15, 2021.