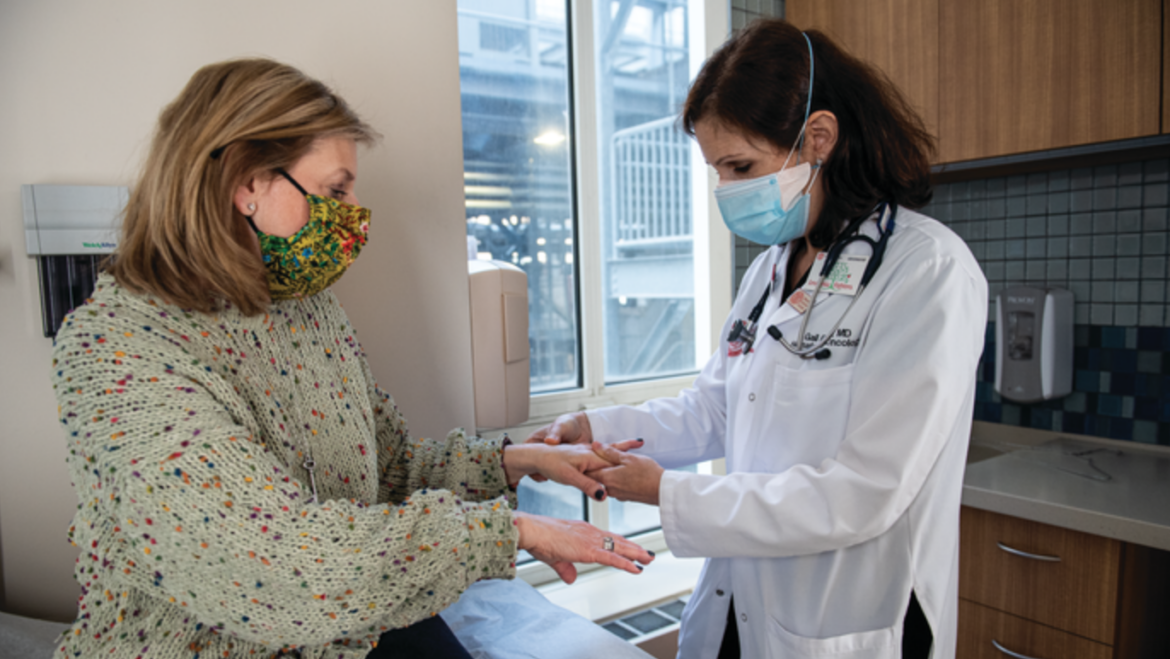 It’s an Absolute Miracle: Battling a Deadly Blood Cancer, a New Jersey Woman Gets a Second Chance — Thanks to Precision Medicine 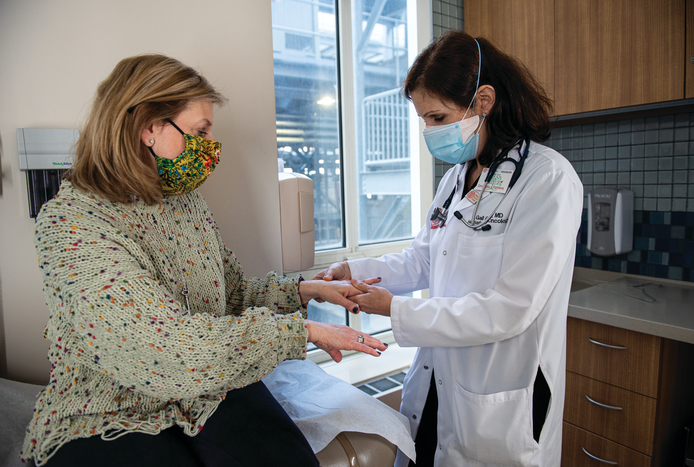 Cheryl Bonder had been living with a vaguely defined blood malignancy for years when her prognosis rapidly took a turn for the worse: her condition was progressing toward acute myelogenous leukemia (AML), an aggressive cancer of the blood and bone marrow. “I was going south pretty quickly without another good plan in place,” recalls Bonder, a 61 year old health and wellness coach from New Jersey. Traditional chemotherapy might have offered her a few more months, but that was not how she wanted her life to end. “I could not bear the thought of my children having to face my end so painfully,” she says. “I prayed for a peaceful goodbye.”

But as Bonder was running out of options, a team of Weill Cornell Medicine researchers and clinicians found an experimental drug that seemed almost tailor-made for her unusual form of cancer. It’s a story that illustrates the possibilities of precision medicine—as oncology moves beyond the era of one-size-fits-all treatment—as well as the power of collaboration across the Upper East Side Medical Research Corridor to crack even the toughest medical mysteries.

Bonder’s saga began in the early 2000s, when, on vacation, sun exposure caused her to develop an autoimmune response to an antibiotic. She was diagnosed with urticarial vasculitis, a rare condition in which small blood vessels in the skin become inflamed, causing red patches and itchy hives. This chronic disease restricts blood flow and can damage other organs and tissues, and Bonder had to have regular lab work to monitor its effects on her body. “They took blood every three months, checking to see if anything would show up, and nothing did,” says Bonder, the mother of two grown daughters. “Then one day after many years I had an abnormal blood count, and my primary care doctor recommended an appointment with a hematologist.”

Bonder would see several specialists before meeting Dr. Gail Roboz, a professor of medicine and director of the Clinical and Translational Leukemia Program at Weill Cornell Medicine and an associate attending physician at NewYork-Presbyterian/Weill Cornell Medical Center, who diagnosed an aggressive myeloproliferative neoplasm, a cancer of the bone marrow. Dr. Roboz tried a series of treatments, including drugs and, in 2013, a stem cell transplant—each buying Bonder some time. But in 2018 her condition worsened; soon, it would meet the definition of AML. “I started looking for clinical trial options,” says Dr. Roboz, also a member of the Meyer Cancer Center at Weill Cornell Medicine. “In Cheryl’s case, the off-the-shelf medications just weren’t helping.” 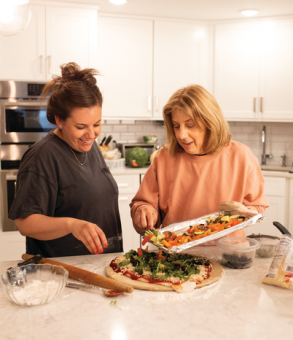 As Bonder’s case grew dire, Dr. Roboz got a call from Dr. Juan Miguel Mosquera, professor of research pathology and laboratory medicine and director of pathology at the Englander Institute for Precision Medicine, to which she had referred Bonder’s case. Bonder’s genome had been analyzed by computational biologists Dr. Andrea Sboner,  an assistant professor of pathology and laboratory medicine, a member of the Meyer Cancer Center, and director of informatics and computational biology at the Englander Institute, and Dr. Olivier Elemento, the institute’s director, a professor of computational genomics in computational biomedicine, and a member of the Meyer Cancer Center. They had identified a novel gene fusion—meaning that two genes that are normally far apart had fused—which offered a potential target for therapy. And fortunately for her, Weill Cornell Medicine researchers were working on an experimental drug that could be a good fit.

That drug, called PU-H71, had been developed in the lab of Dr. Gabriela Chiosis, at Memorial Sloan Kettering Cancer Center, in collaboration with Dr. Monica Guzman, an associate professor of pharmacology in medicine in the Division of Hematology and Medical Oncology at Weill Cornell Medicine and a member of the Meyer Cancer Center. PU-H71 targets a complex network of proteins called the epichaperome, which helps many types of cancer cells survive. Drs. Chiosis, Guzman and colleagues first described the epichaperome in a 2016 study published in Nature, noting that it was present in more than half of all the tumors they tested. But while it looked like a promising target, less selective epichaperome-inhibiting drugs had so far had disappointing results in clinical trials. The researchers believed that these drugs could be more successful if patients were better screened—that is, if the vulnerability of their specific cancer to epichaperome targeting could be determined in advance. So they developed a new test, based on flow cytometry (a method used to detect, identify, and count cells using a laser) that could evaluate epichaperome levels.

As it turned out, Bonder’s cells showed high levels of epichaperome—and in the lab, they responded to PU-H71 immediately. The problem, however, was that PU-H71 was in the very early stages of clinical trials and was not available to patients with leukemia; to treat Bonder with it, Dr. Roboz had to seek “compassionate use” access from the FDA. As Dr. Roboz recalls telling her patient: “Based on what we see in the laboratory, I think it works—but I’ve got cells in a dish, and you’re a person.”

There were plenty of unknowns. How long would Bonder need the treatment? What would be an appropriate dose and schedule? What about side effects? It would be a leap of faith, Dr. Roboz told her— and Bonder decided to take it. “I said, ‘I have nothing to lose, and science will have everything to gain. I’ll try it,’” Bonder recalls. Drs. Roboz and Guzman worked closely to develop a protocol, tweaking it in real time based on lab results, with dosage targeted to the level of epichaperome that Dr. Guzman’s lab measured in Bonder’s blood just a few hours before she received each treatment. (“It was literally bench to bedside,” Dr. Roboz says.) Within a few weeks, Bonder was in complete remission. “It’s an absolute miracle,” Bonder marvels. “I don’t know how else to describe it.”

More than three years later, Bonder’s disease continues to respond to PU-H71; she hasn’t required hospitalization since starting treatment and is living a full and active life. She still comes in for treatment every three weeks, which allows the team to monitor her and to continue research that might help future patients; in fact, they’ve published studies based on findings from her case, including in the journal npj Precision Oncology. More broadly, Bonder’s case underscores the possibilities that precision medicine holds for the future of oncology—including the hope that even previously deadly forms of cancer may someday be managed as chronic diseases. “Until recently, treatments were ‘one for all’—one treatment for all patients with that disease,” says Dr. Mosquera, also an assistant attending pathologist at NewYork-Presbyterian/Weill Cornell and a member of the Meyer Cancer Center. “But what we’ve been learning—and very, very rapidly—is that different patients may have the same tumor type, same stage, and apparently the same tumor, but they’re still different. And it’s better to have a targeted approach for each one.”