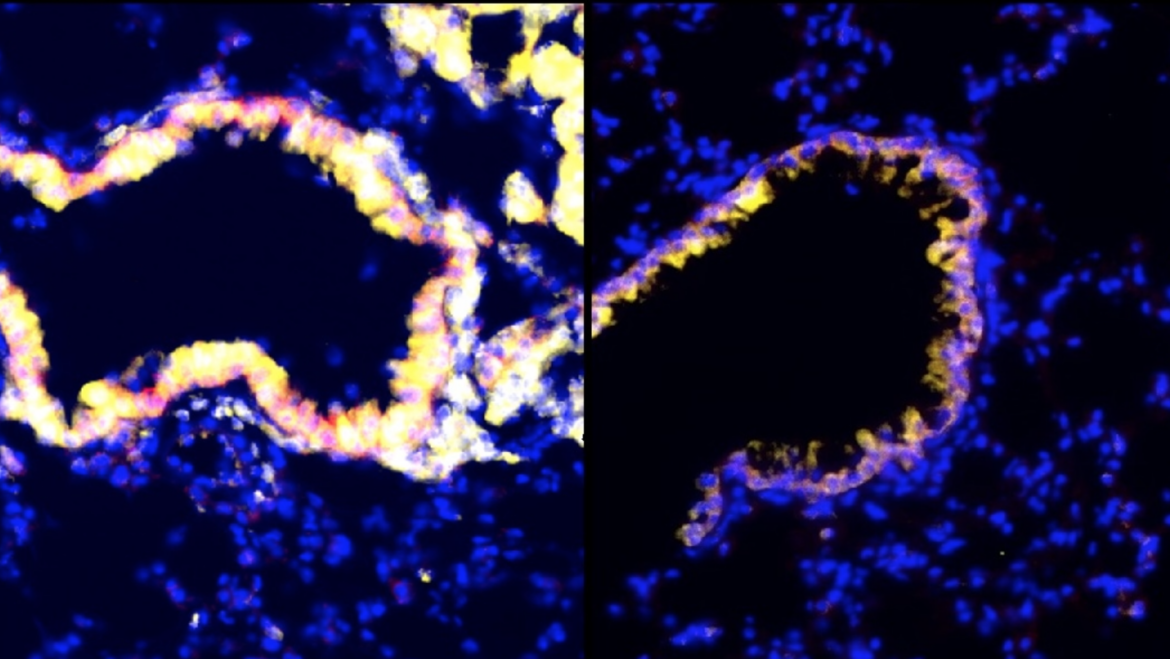 Malignant tumors can enhance their ability to survive and spread by suppressing antitumor immune cells in their vicinity, but a study led by researchers at Weill Cornell Medicine and NewYork-Presbyterian has uncovered a new way to counter this immunosuppressive effect. 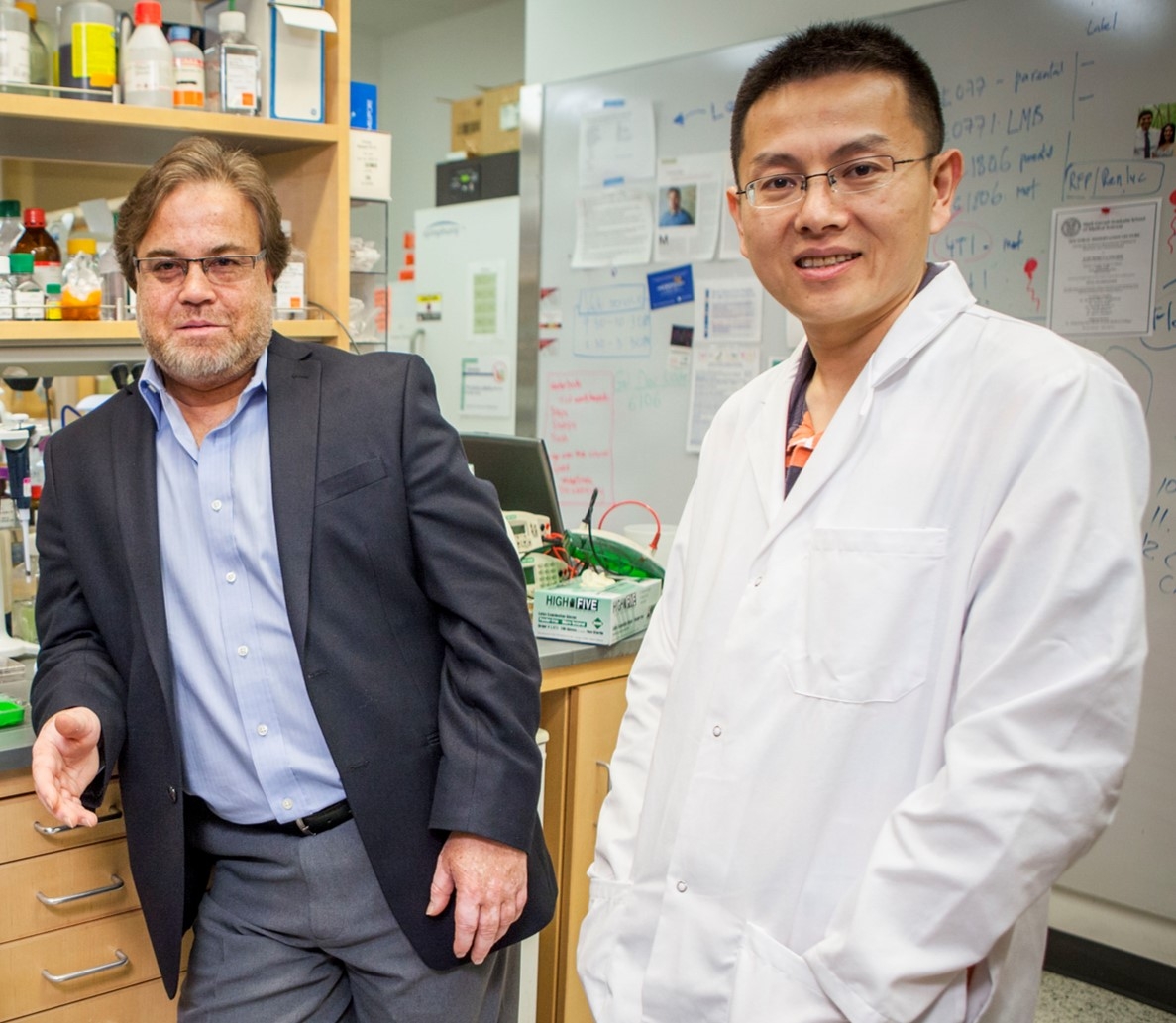 In the study, published Sept. 20 in Nature Cancer, the researchers identified a set of anti-immunosuppressive factors that can be secreted by cells called club cells that line airways in the lungs. They showed in a mouse model of lung cancer that these club cell factors inhibit highly potent immunosuppressive cells called myeloid-derived suppressor cells (MDSCs), which tumors often recruit to help them evade antitumor immune responses.

The inhibition of the MDSCs led to an increase in the number of antitumor T cells at the tumor site, and greatly improved the effectiveness of FDA approved PD1 immunotherapy.

The research is part of a broad scientific effort in recent decades to find ways to harness the immune system against cancers. That effort has yielded treatments such as “immune checkpoint inhibitors” (ICIs) which partly undo tumors’ immunosuppressive effects. In recent years, oncologists also have observed that ionizing radiation, long a standard treatment for many cancers, can further undo this immune suppression and thereby enhance the effectiveness of ICI treatments. 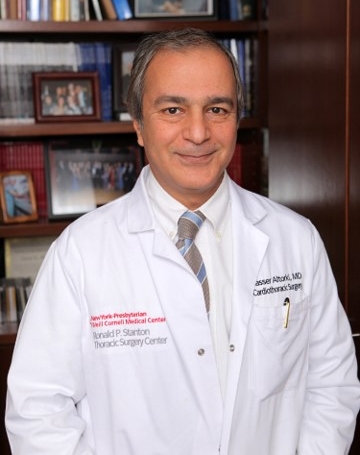 [Both Drs. Altorki and Mittal are Members of the Englander Institute for Precision Medicine.]

Using a mouse model of non-small-cell lung carcinoma, the most common form of lung cancer, they first established that this effect peaked at a moderate dose of radiation, and caused the quadrupling, to 40 percent, of the proportion of ICI-treated mice who survived tumor-free to the end of the two-month observation period.

The researchers then found that radiation has this effect by activating and stimulating the proliferation of lung-resident club cells, which are known to help protect and repair sensitive airway linings, in part by reducing inflammation.

“It’s possible that we see a peak stimulation of these cells at a particular radiation dose because a lower dose doesn’t stress the cells enough, whereas a higher dose kills them,” said Dr. Altorki, who is also director of the Neuberger Berman Lung Cancer Research Center, the David B. Skinner, M.D. Professor of Thoracic Surgery and leader of the Experimental Therapeutics Program of the Sandra and Edward Meyer Cancer Center at Weill Cornell Medicine.

The activated club cells secrete various molecules, and the researchers found that they could replace the radiation with a “club cocktail” of eight of these molecules and get essentially the same ICI-enhancing result.

They also determined that this immune-restoring effect of the club cell molecules stems from their inhibition of MDSCs—which have long been seen as an obstacle to the improved efficacy of cancer immunotherapies.

To confirm the relevance of these laboratory findings to human cancers, the researchers looked at blood serum sampled from lung cancer patients in a clinical trial of radiotherapy plus ICI, conducted recently by Dr. Altorki and colleagues at Weill Cornell Medicine. They observed that levels of a key club cocktail molecule, CC10, were significantly elevated in most (5 of 8) of the patients who improved following the treatment, but in none (0 of 9) of the patients who failed to improve—hinting that CC10 can help patients improve.

The researchers now are working to determine which of the molecules in their club cocktail are most important for inhibiting MDSCs and enhancing cancer treatments. They also plan to investigate whether these club cell molecules can inhibit MDSCs in other tumor contexts.

“We hope that these secreted molecules will be able to enhance treatments not just for non-small cell lung cancer patients but for patients with other cancers as well,” said Dr. Gao, who is also a member of the Meyer Cancer Center. “These molecules may also be useful as biomarkers predicting the response to combined radiotherapy and immunotherapy.”

The above article originally appeared on the Weill Cornell Medicine Newsroom website on September 20, 2021.