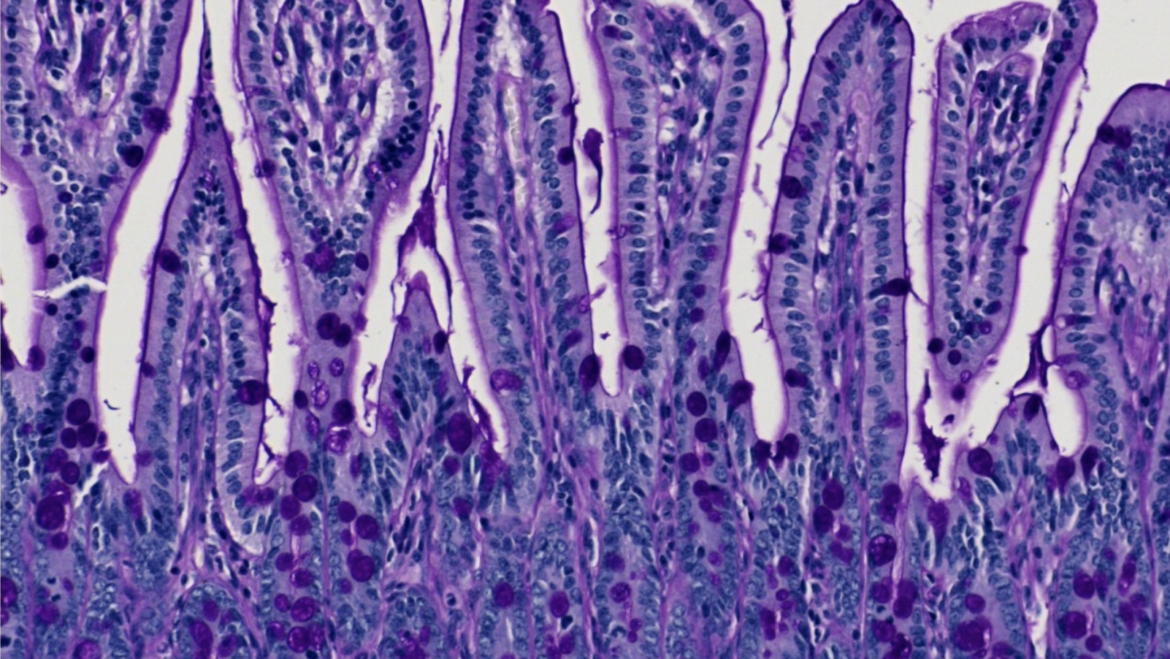 Changes in a single gene open the door for harmful gut bacteria to set off the inflammation that drives Crohn’s disease, according to a new study led by Weill Cornell Medicine and NewYork-Presbyterian investigators. These findings could one day help doctors better select targeted treatments for patients with this immune disorder.

This particular host gene, called AGR2, encodes part of the cell’s machinery that helps prepare new proteins properly so that they can help repel “bad” bacteria. When anything from microbes to inflammatory conditions disrupts this process, protein production gets backed up, stressing the cell. Extremes in the expression of AGR2 — when it becomes too active or just silent — are associated with such stress and the cell’s response to it, and formed the basis of the study described Nov. 15 in Cell Reports.

The investigators already suspected the cell’s stress response plays a central role in the development of Crohn’s. In addition to AGR2, many other variants linked to Crohn’s are involved in this response, according to co-senior author Dr. Randy Longman, associate professor of medicine in the Division of Gastroenterology and Hepatology and the director of the Jill Roberts Center for Inflammatory Bowel Disease at Weill Cornell Medicine and NewYork-Presbyterian/Weill Cornell Medical Center.

“What makes this study unique is that we discovered a link between one of these stress-related genetic susceptibilities and changes in the gut microbial community leading to development of this disease,” he said.

More than half a million people in the U.S. suffer from Crohn’s disease, a form of inflammatory bowel disease (IBD) in which chronic inflammation damages the lining of the gut, usually in the small intestine and the colon. A nebulous combination of factors, including genetic susceptibility and the presence of certain bacteria, can bring it on. 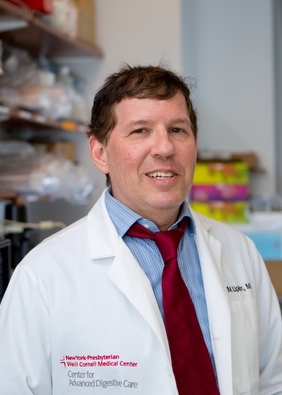 This study began by chance when co-senior author Dr. Steven Lipkin, vice chair for research in the Weill Department of Medicine at Weill Cornell Medicine and a medical geneticist at NewYork-Presbyterian/Weill Cornell Medical Center, genetically engineered mice to prevent expression of the AGR2 gene for a different project, and found they developed Crohn’s-like inflammation. He and his collaborators linked that inflammation to microbes known as adherent-invasive Escherichia coli (AIEC), which are among the bacteria implicated in Crohn’s.

“My lab began studying AGR2 more than 10 years ago. Now, there are more than 400 publications about the gene,” said Dr. Lipkin, who is also leader of the Cancer Genetics and Epigenetics Program at the Sandra and Edward Meyer Cancer Center at Weill Cornell Medicine [and a Member of the Englander Institute for Precision Medicine]. “This gene drives an important pathway relevant for IBD, cancer metastasis and other clinically relevant pathways, and is a promising precision medicine therapy target and co-theragnostic.” Theragnostics are treatment strategies that combine diagnostics and therapies.

Dr. Lipkin then approached Dr. Longman, who studies these bacteria and their role in Crohn’s disease. Together, along with a collaborative team including Dr. Kenneth Simpson at Cornell’s Ithaca campus and Dr. Balfour Sartor at UNC, they connected changes in AGR2 activity levels with increases in the group of bacteria to which AIEC belonged. Then in experiments with mice, they established that both AIEC and the errant stress response are necessary to trigger the inflammation. What’s more, their results suggested that the altered response encourages AIEC to proliferate, reinforcing the pathology.

The team went on to trace out the inflammatory pathway kicked off by this interaction. Their experiments linked it to the production of an immune signal known as IL-23, which plays a well-established role in Crohn’s.

“IL-23 is an important driver of IBD and colorectal cancer tumorigenesis and an important therapy target,” Dr. Lipkin said. “Our research has the potential to bring precision medicine to IBD and develop anti-metastasis cancer therapies to patients.”

Doctors currently have numerous ways to treat Crohn’s, including some that target specific aspects of its complex biology. However, they have little guidance on which treatment to use for a given patient. By connecting AGR2 and AIEC with IL-23, this study provides the sort of context that could help to direct these decisions, according to Dr. Longman.

The above article originally appeared on the Weill Cornell Medicine Newsroom website on December 1st, 2022.